Paths at the Dancing Circles

The contractor replaced the asphalt pavement of the avenues and added robust kerbs. The paths leading to the smaller circles now have cobblestone pavement.

The works also included reinforcing the base of the avenue on which the large dancing circle will be located. According to plans, the Dancing Circles will be restored by the end of 2021. Older visitors to the Silesia Park can still remember the dancing parties and live concerts in the circles. Soon the sound of music will once again fill the Dancing Circles, and the reinforced road base will make it possible to organise various events.

The paths around the Dancing Circles will have new lamp posts, bins and park furniture, which will be added as part of further investment projects. 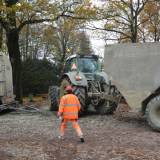 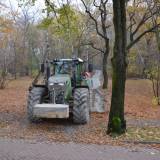 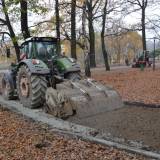